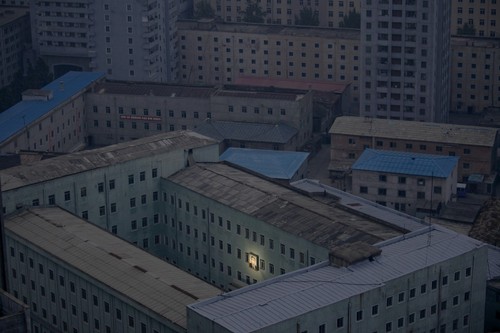 A portrait of North Korea’s founder, Kim Il-sung, decorates a building in the country’s capital Pyongyang. The ‘Great Leader’, as he was known, was succeeded by his son Kim Jong-il, in 1994. Kim Jong-il died on 17 December, having designated his youngest son Kim Jong-un (aged 27 or 28) as heir.