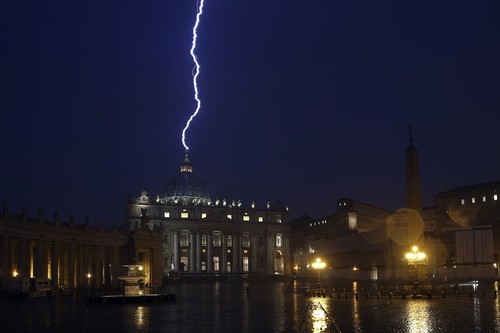 STUNNING: A bolt of lightening reached the cupola of St. Peter’s Basilica during a rainstorm at the Vatican late Monday, the same day that Pope Benedict surprised the Roman Catholic Church with his resignation announcement. (Alessandro Di Meo/ANSA/Reuters) 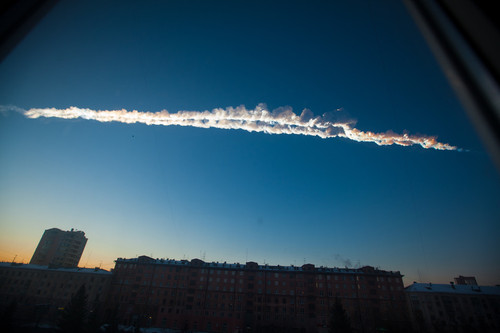 METEOR IN THE SKY: A meteor left a trail of smoke across the sky as it passed over Chelyabinsk, Russia, Friday. It plunged toward earth over the Ural Mountains, exploding into flames in a powerful blast that damaged buildings in nearby areas, injuring around 1,000 people. (Chelyabinsk.ru/Associated Press) 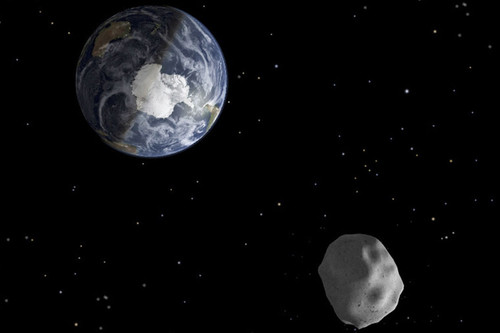 PASSING BY: A rendering shows the passage of asteroid 2012 DA14 past the Earth. Planetary experts at the National Aeronautics and Space Administration said the 150-foot-wide asteroid on Friday made the closest known approach of such a large piece of cosmic debris since space experts started tracking objects that intersect Earth’s path. (NASA/JPL-Caltech/Reuters)