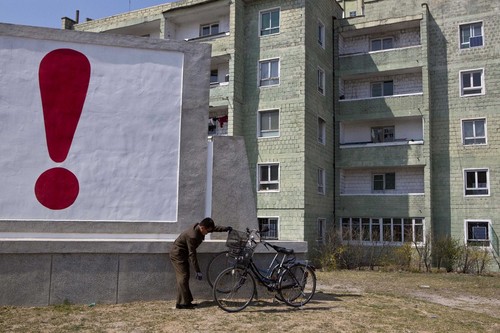 "A North Korean man checked his bicycle next to a billboard painted with an exclamation point on Wednesday in Kaesong, North Korea." 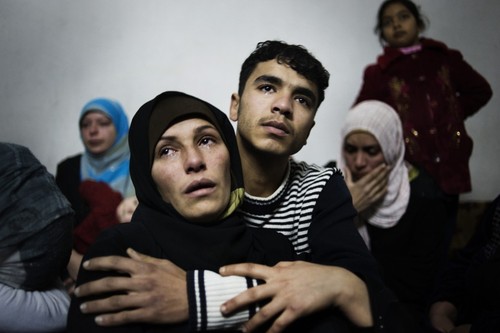 Displaced people attempt to cross the border from Syria into Turkey.

Ongoing conflict in Syria between troops and militia loyal to President Bashar al-Assad, and dissidents of the Free Syrian Army (FSA) and other rebel groups, led to escalating fatalities and a massive exodus of refugees. Government forces were accused of deliberate mass targeting and indiscriminate use of airpower, particularly in battles for the cities of Homs and Aleppo.

A peace plan drafted by UN envoy Kofi Annan in March failed, and a further UN-brokered ceasefire during the Islamic holiday of Eid al-Adha in October also collapsed. By November, an estimated 2.5 million people had been displaced, with tens of thousands crossing borders into neighboring Turkey, Lebanon, and Jordan. A UN survey at the end of the year held the death toll nationwide to be at least 60,000.

Nationality:
Italy
Website:
alessioromenzi.photoshelter.com
About:
Alessio Romenzi was born in Colle Sant’Angelo, a small village in the Italian Apennines, in 1974. After working as a carpenter in a factory, he graduated in 2009 with a master’s degree in photojournalism from Istituto Superiore di Fotografia e Comunicazione Integrata in Rome. He then moved to Jerusalem to begin his career as a photographer. After one year working in Palestine and Israel, he went on to cover the Arab Spring with a special focus on Egypt and Libya.
23.Abr.13 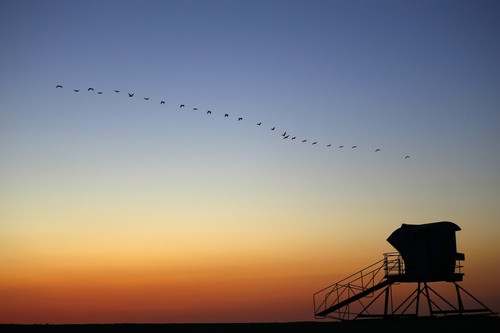 "Pelicans flew over a lifeguard tower after sunset in Carlsbad, Calif., Thursday."