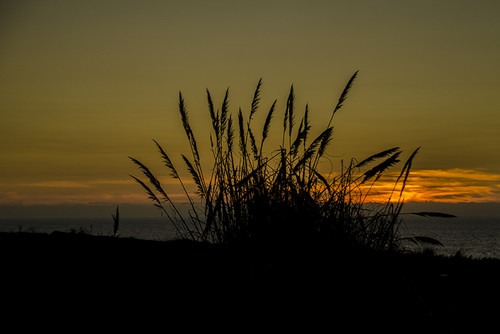 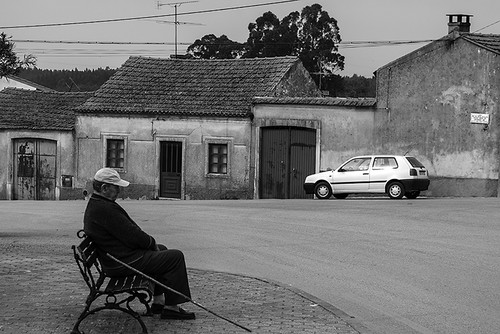 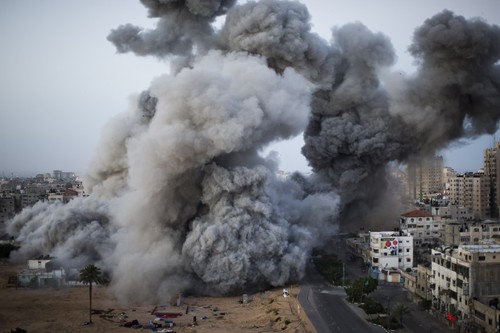 Smoke rises in Gaza City after an Israeli airstrike.

Israel launched a military offensive against targets in Hamas-ruled Gaza, on 14 November. Israeli authorities said that Operation Pillar of Defense was aimed at protecting citizens from the hundreds of missiles fired into Israel by militants in Gaza.

Initially, Israeli airstrikes were directed at rocket-storage sites, and Hamas security facilities, as well as at smuggling tunnels and electricity sources. On the first day of the attack, Ahmed al-Jabari, the commander of Hamas’s military wing, was killed in a pinpoint airstrike as he was riding in a car on a Gaza street.

Attacks soon escalated to include the police headquarters in Gaza City, and homes of suspected Hamas activists. Civilian casualties began to rise. A ceasefire was reached on 21 November.

Website:
bernatarmangue.com
About:
Bernat Armangue was born in Barcelona in 1978. He became an Associated Press photographer in 2005. As an international news agency photographer, he has covered a variety of news events from summer Olympic games and FIFA World Cups to political stories like the post election violence in Kenya during 2008, the Israeli-Palestinian conflict, the war in Libya and the Egyptian political transition.
28.Mai.13 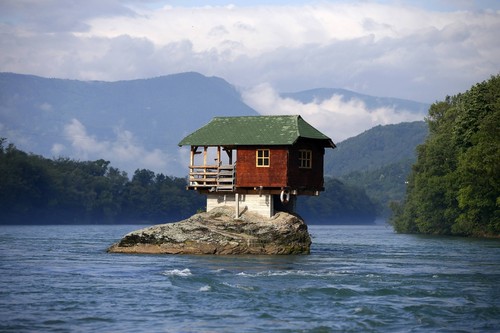 "The river Drina flowed past a house built on a rock near Bajina Basta, Serbia, Wednesday. The house was built in 1968 by a group of young men, according to the house’s co-owner, who was among those involved in its construction. 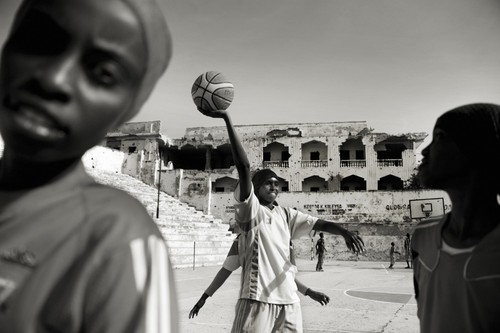 I Just Want to Dunk

Women’s national basketball team captain Suweys Ali Jama readies herself for afternoon training, and says goodbye to her mother, at home in Mogadishu.

Young women risk their lives to play basketball in Somalia. Even though Somalia’s UN-backed government has regained control of the capital Mogadishu, al-Qaeda-linked militants are still active in the city. Al-Shabaab and other radical Islamist groups consider women playing sport to be un-Islamic.

In 2006, the Somali Islamic Courts Union, a group of Sharia courts, issued an order banning women from playing all sport. One of the proposed punishments for women playing basketball is to cut off the right hand or left foot. Members of the Somali national women’s basketball team have received death threats.

Nationality:
Denmark
Website:
www.grarupphoto.com
About:
Born in Denmark in 1968, Jan Grarup has been reporting for more than two decades on conflict around the world, including the Gulf War, the Rwandan genocide, the siege of Sarajevo, and the Palestinian uprising against Israel in 2000. His coverage of the conflict between Palestine and Israel resulted in two series: The Boys of Ramallah, which earned a POYi World Understanding Award in 2002, followed by The Boys from Hebron.