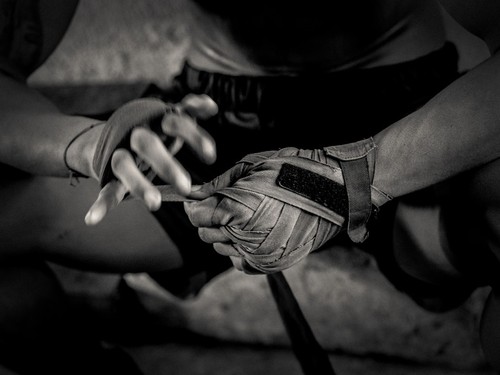 Let Wei is an unarmed Burmese martial art, similar to the forms of kickboxing popular in Thailand and Cambodia. In addition to punches, kicks, and knee attacks, Burmese boxers make use of head-butts and knuckle strikes. National champion Lone Chaw (36) is a folk hero in Myanmar and in 2007 began teaching at the Thut Ti Gym to pass on his knowledge to a younger generation of fighters.

Nationality:
Italy
Website:
http://photographer.photoshelter.com/
About:
Vittore Buzzi was born in 1968 in Milan, Italy. He studied business and administration at Luigi Bocconi University and photography at CFP Riccardo Bauer in Milan. He has won several awards in both editorial and artistic photography. Among his awards are an honorable mention in the Yann Geffroy Photojournalism Award, Prize of Federchimica, and Prize of Milan Provincia. He is active in photojournalism, artistic photography, teaching photography and wedding photography. Vittore Buzzi lives in Milan.
Esta página utiliza cookies. Consulte a nossa Política de cookies.