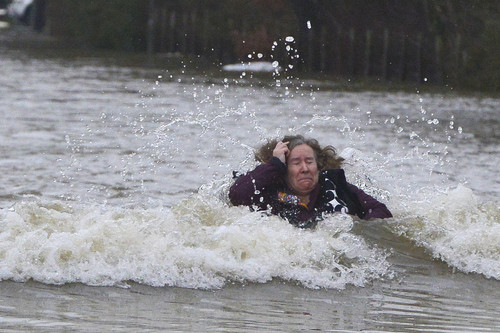 Stephen Simpson
(London News Pictures/Zuma Press)
"A woman waded through floodwaters in Old Windsor, England, Monday. The River Thames burst its banks after reaching its highest level in years. Hundreds of homes to the west of London were at severe risk of flooding. England has had its wettest January since 1776."