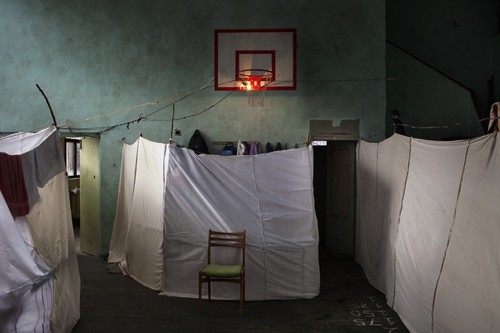 Military Ramp, an emergency refugee center, was opened in September 2013 in an abandoned school in Sofia, Bulgaria. The center provides housing for about 800 Syrian refugees, including 390 children. Bulgaria, already hard hit by the economic crisis and heightened political instability, is confronting a refugee crisis that appears to coincide with increased efforts by Greece to close off its border with Turkey. Bulgaria, however, is totally unprepared to face a refugee crisis.