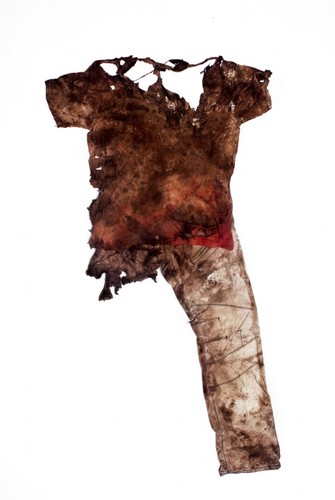 THE LAST OUTFIT OF THE MISSING

El Salvador has one of the highest homicide rates in the world, much of it gang related. In many cases, the only way of identifying murder victims is by clothes they were buried in.

NATIONALITY:
El Salvador
ABOUT:
Fred Ramos, born in 1986, lives and works in El Salvador. He studied graphic design, but began practicing photography in 2005. Currently, Fred is a staff photographer for El Faro.
29.Abr.14 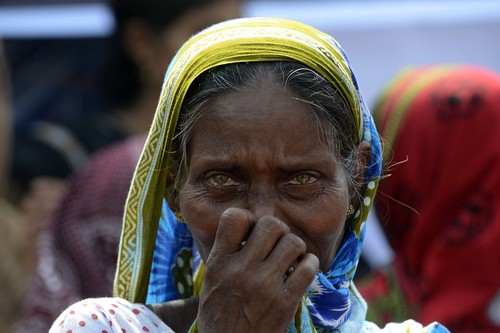 "A Bangladeshi woman and relative of a victim of the Rana Plaza garment-factory collapse takes part in a protest Thursday on the anniversary of the disaster where the building once stood on the outskirts of Dhaka. Western fashion brands face pressure to increase help for victims as mass protests marked the anniversary of the collapse, which killed more than 1,100 people." 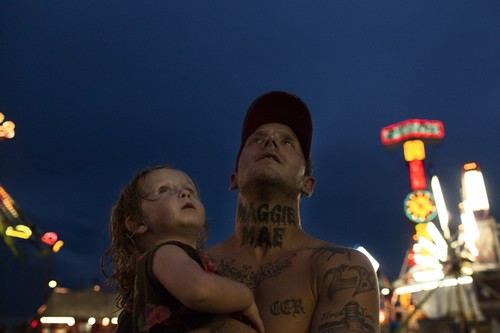 A PORTRAIT OF DOMESTIC VIOLENCE

Shane carries Memphis, his partner Maggie’s toddler daughter. Shane had Maggie’s name tattooed on his neck one month into their courtship.

Domestic violence is frequently seen as a private crime, hidden from view, often excused or obscured from outsiders even by its victims. Maggie (19) lives in central Ohio, with her children Kayden (4) and Memphis (2). Her partner of some months, Shane (31), has had struggles with addiction, and has spent much of his life in prison. One night a violent argument broke out between them after they had returned home from a bar. Shane told Maggie she could choose between being beaten in the kitchen, where a friend was sitting, or going to the basement where they could talk privately. Maggie refused to be alone with him, and his rage grew more intense. Shane was arrested after a resident in the house called the police. He later pleaded guilty to a domestic violence felony and was given a nine-month sentence. 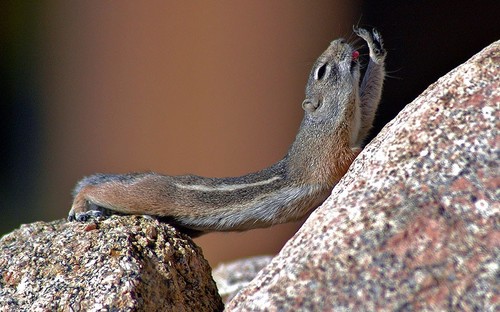 "A chipmunk stretches out between two rocks in the Sandia Mountains, New Mexico. The moment was captured by American lawyer Jay Campbell, 62, after he spotted the little chipmunk appearing to practise yoga"