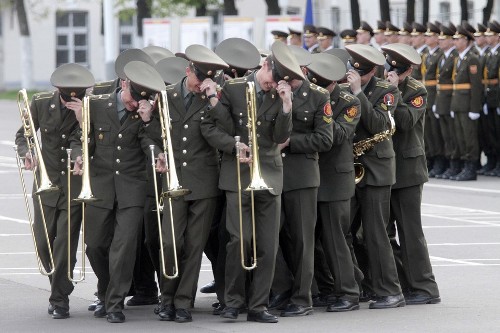 "A Russian military brass orchestra performed during a medal ceremony for British, U.S. and French military personnel who took part in a parade marking the 65th anniversary of the victory over Nazi troops in Moscow, on Wednesday. Russia will mark the day of victory on May 9."