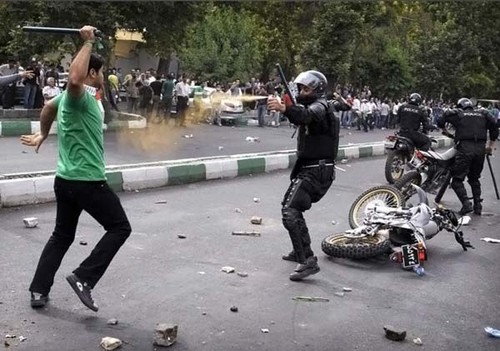 "A riot-police officer sprays tear gas at a Mousavi supporter in Tehran on 13 June. Thousands of supporters of Iranian opposition leader Mir Hossein Mousavi took to the streets of Tehran in June, disputing the result of the country’s presidential election. At times, rioting broke out. Governement security forces cracked down hard on the demonstrators and, by 22 June, 457 people had been arrested and at least eight reported dead."