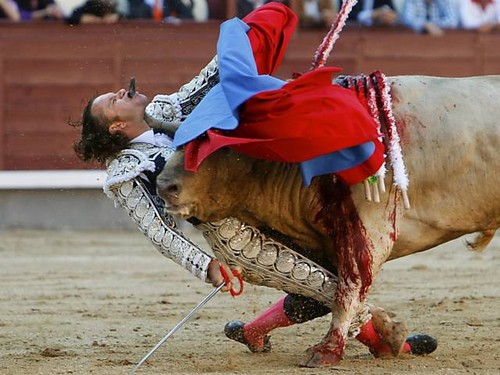 "Matador Julio Aparicio is gored by a bull after losing his footing during a bullfight in Madrid. One of the animal’s horns pierced his throat and punched through the bottom of his mouth, puncturing his tongue and fracturing his jaw.

After an emergency one-hour operating in the medical center at the building, Aparicio was transferred to hospital for further surgery. He recovered, and returned to the ring in August."