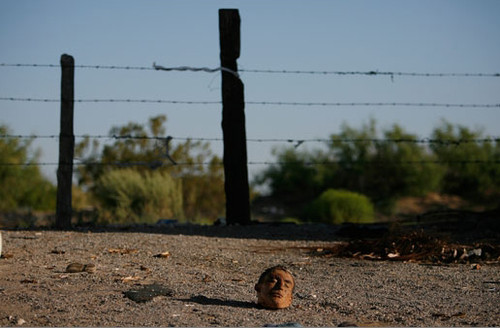 "The head of a man, who was ambushed while driving with his family, lies beside the road on the outskirts of Ciudad Juarez, in northern Mexico. The city, on the border with the USA, is smuggling crossroads and a battleground in the drug wars that afflict the region, with thousands killed each year. The man’s wife was fatally wounded by gunfire during the attack, and he was forced from the vehicle and abducted, leaving behind his children aged three and four. Police later found his body some 20 kilometers away."