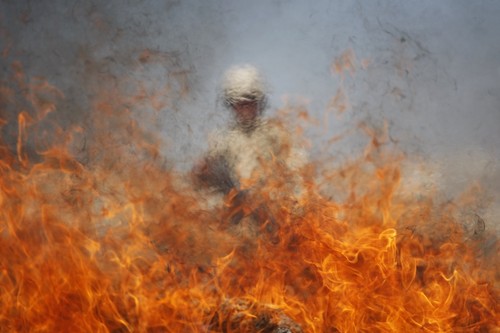 "A soldier stood nearby as marijuana and other drugs were incinerated at a military base in Ciudad Juárez, Mexico, Thursday. Students were invited to see how marijuana, cocaine and heroine were burned after they had been seized, according to local media."