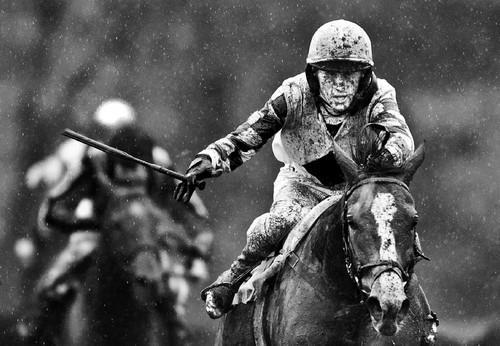 The Velká Pardubická was first held in 1874, and has gained a reputation as one of the toughest and most grueling steeplechases in the world. Held each October in the town of Pardubice in the Czech Republic, the race has been run almost every year since its founding.

The steeplechase was not held during the two world wars, nor in 1968, because of the political situation in the then Czechoslovakia. Adverse weather conditions have only twice led to its cancellation.

Due to the difficulty of the track, horses cannot compete unless they are at least seven years old and have finished one of the four qualifying races held between May and September at different locations around the country.

The Velká Pardubická is run over a distance of 6,900 meters, with the horses having to negotiate a total of 31 obstacles—some of legendary difficulty. The most notorious is Taxis Ditch, a one-meter-deep ditch hidden behind a hedge half as high again. Over the years the obstacle has cost the lives of 27 horses.

The race usually lasts around ten minutes, and is run by 15 to 20 horses, ridden by some of the best jockeys in the country. Winning—or at least competing in—the Velká Pardubická is considered the highpoint of a jockey’s career.

Nationality:
Czech Republic
Website:
www.romanvondrous.cz
About:
Roman Vondrous was born in Pardubice, near Prague, in Czech Republic, and studied at an electrotechnical college there. He is currently in his fifth year of studies at The Institute of Creative Photography, in Opava, in the Czech Republic. Vondrous has been interested in photography since childhood, seriously so since 2000, when he was drawn to sports photography and horseracing in particular.
Esta página utiliza cookies. Consulte a nossa Política de cookies.