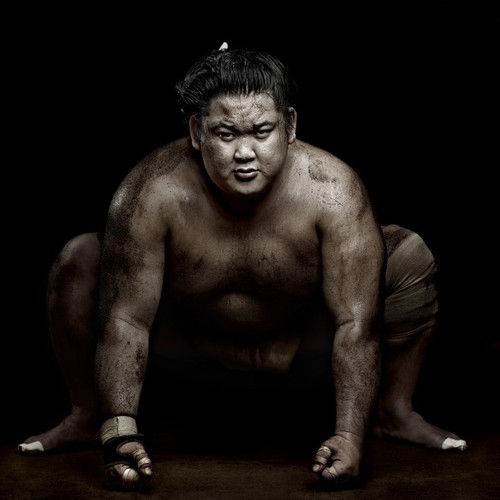 Sumo wrestling in Japan has a tradition that dates back centuries, yet the sport—which demands total dedication and extreme rigor—is attracting the lowest number of young recruits for more than half a century.

Trainee sumo wrestlers lead a regimented life, sleep in dormitories, and carry out chores, while following a grueling exercise program.

Nationality:
France
Website:
www.rouvre.com
About:
Denis Rouvre is a portraitist, living and working in France. His photos have been nationally and internationally published. His latest series representing survivors from the tsunami that hit Japan in March 2011, was published in February 2012, in a portfolio of The New York Times Magazine. Rouvre’s photo series have been widely exhibited in France and abroad. He has also published several books, and his numerous prizes include a previous World Press Photo award, and a Sony World Photography Award.
Read more about this photographer
Esta página utiliza cookies. Consulte a nossa Política de cookies.