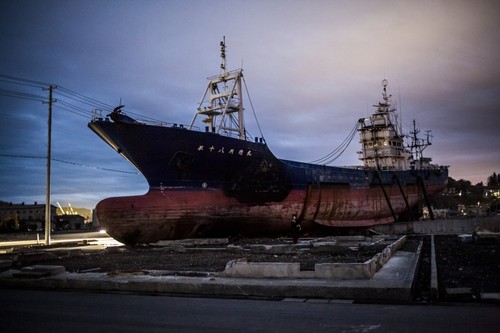 Japan After the Wave

People walk down a road in a neighborhood of Ishinomaki, Japan, one of the cities most ravaged by the 2011 tsunami.

A year after the March 2011 earthquake and subsequent tsunami that devastated large areas of northeastern Japan, thousands of people remained without homes, and the Japanese government was still struggling to dispose of rubble and help rebuild livelihoods.

Nationality:
Australia
Website:
www.danielberehulak.com
About:
Daniel Berehulak is a New Delhi-based photographer for the Getty Images News Service, covering South Asia and beyond. A native of Sydney, Australia, he studied history at the University of New South Wales.