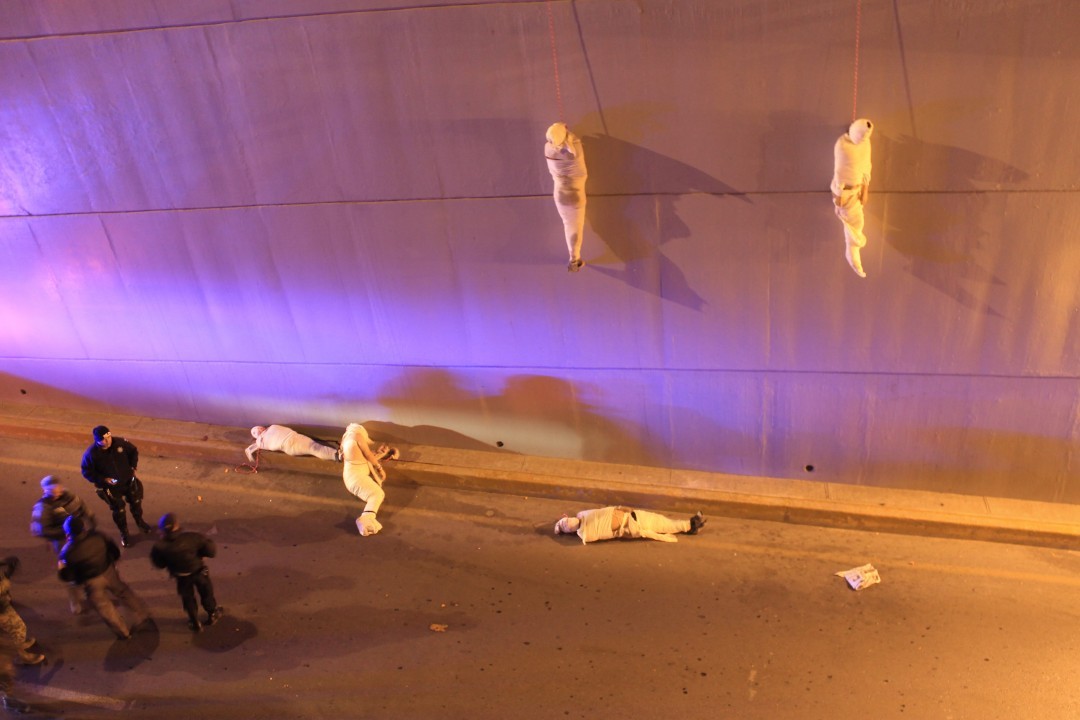 Police arrive at a scene where five bodies had been discovered under an overpass in Saltillo, northeast Mexico, in the early hours of 8 March. Rival organized-crime groups and drug cartels in Mexico often send messages to each other through such public displays. A narcomanta (‘narco-banner’) was found beside the bodies, but the meaning of the message on it was not clear. Three of the bodies were identified; two of the victims had been kidnapped by an armed group some days earlier. The Mexican attorney general’s office has claimed that nine out of ten victims of Mexico’s drug war are members of organized-crime groups, although this figure has been questioned. At least 60,000 people have been killed since the government began employing military forces against drug cartels in 2006.

NATIONALITY:
Mexico
ABOUT:
Christopher Vanegas is a Mexican photographer born in Saltillo, Coahuila. He has worked as a producer and cameraman and has collaborated with Televisión Azteca and RCG Televisión (Mexico). He currently works as a photojournalist for the Mexican newspaper Vanguardia.
Esta página utiliza cookies. Consulte a nossa Política de cookies.