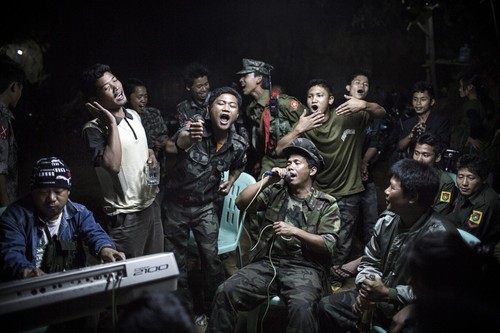 Kachin Independence Army fighters are drinking and celebrating at a funeral of one of their commanders who died that day before. The city is under siege by the Burmese army.

Nationality:
Germany
Website:
kollektiv25.com
About:
Julius Schrank is a German photojournalist, currently based in Amsterdam, the Netherlands. In 2007 he studied photojournalism and documentary photography at the Hannover University of Applied Sciences in Germany. Julius has mainly worked for the Dutch daily newspaper De Volkskrant. When he's not working for the newspaper, Schrank spends as much time as possible on his own longterm projects. In the last few years, his focus has been on southeast Asia.
Esta página utiliza cookies. Consulte a nossa Política de cookies.