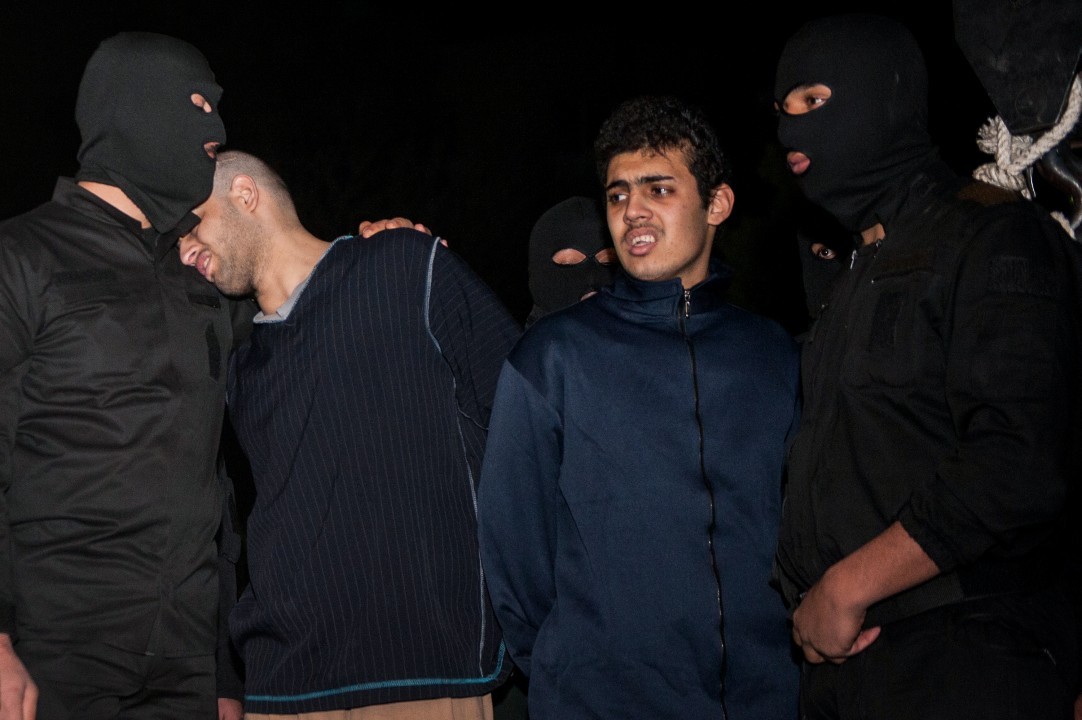 MOMENTS BEFORE THE HANGING

Alireza Mafiha (23) lays his head on an executioner’s shoulder on 20 January, minutes before he and Mohammad Ali Sarvari (20) were hanged. The pair had been convicted of stabbing a man and stealing his bag, with belongings worth around €15. The man survived the attack. Iran is the second-highest executioner in the world. In 2013, the death sentence is believed to have been carried out on some 600 people.

NATIONALITY:
Iran
ABOUT:
Amir Pourmand is an Iranian photographer with an extensive career covering sports, natural disasters in Iran and the Iranian presidential elections. In 2008, Pourmand earned a BA in Visual Communication from the University of Science and Culture in Tehran. He worked as a staff photographer for Iranian Labour News Agency in 2005 and Mehr News Agency in 2006, eventually becoming a freelance photographer in 2010.