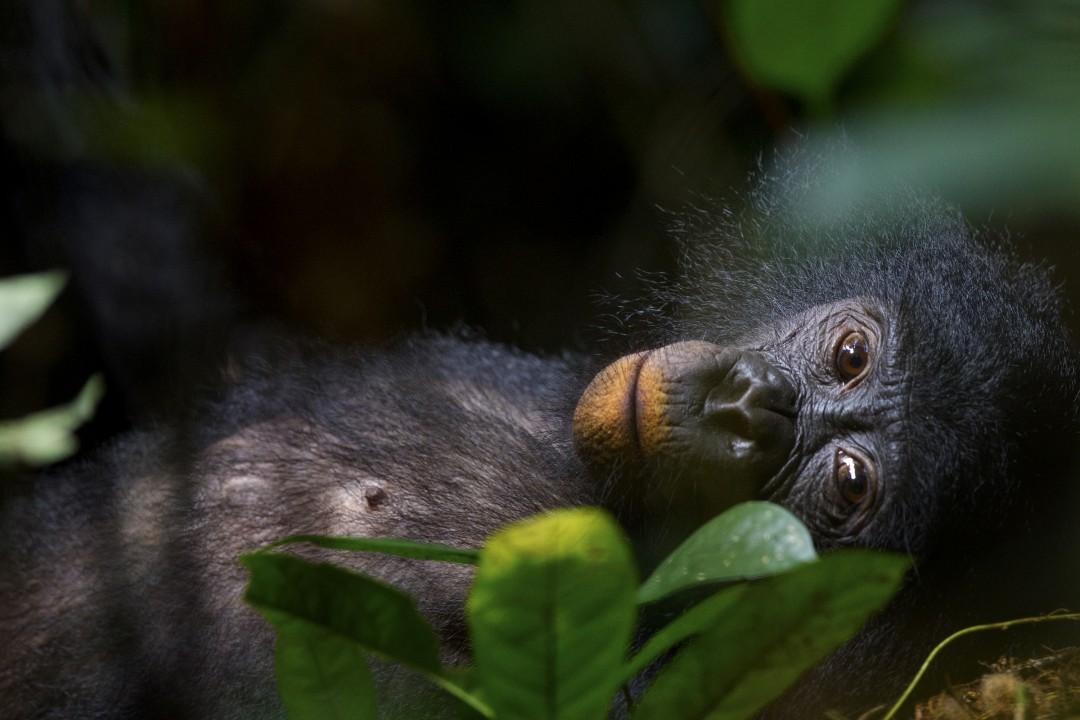 A young female bonobo rests after a large meal. Her lips are colored orange by mud she has eaten to counteract toxins in unripe fruit she consumed.

Bonobos, along with chimpanzees, are our closest living relatives. They are also among the least-studied of primates. Unlike chimpanzees, who are territorial and combative, bonobos are relatively peaceful creatures, and appear to use sex as a means of social communication. Sex, for bonobos, is not restricted to male-female copulation during the female’s fertile period, but includes various gender combinations, and occurs in a variety of situations, including greeting, relieving tension, and as an expression of reconciliation.

NATIONALITY:
Germany
WEBSITE:
www.naturphoto.de
ABOUT:
Christian Ziegler is a photojournalist specializing in natural history and science-related topics. He is a regular contributor to National Geographic magazine and has been widely published in other magazines such as Geo, Smithsonian, and BBC Wildlife. A tropical ecologist by training, Ziegler has worked in tropical rainforests on four continents, and for the past ten years has been an associate for communication with the Smithsonian Tropical Research Institute (STRI) in Panama.
Esta página utiliza cookies. Consulte a nossa Política de cookies.