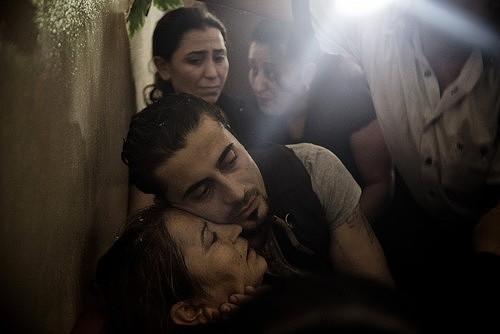 SOLDIER'S FUNERAL30 September 2013Latakia, Syria People mourn the death of a 24-year-old Syrian Army lieutenant, who was known by the name of Abu Layth, in a village in the coastal province of Latakia. The soldier had been killed in an ambush at the other end of the country. Support for the government was strong in the region, and the soldier and his family were Alawites, members (...)
Abrir post
Esta página utiliza cookies. Consulte a nossa Política de cookies.