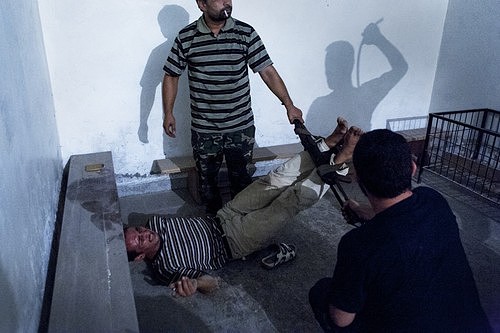 interrogation31 July 2012Aleppo, Syria A man suspected of giving money to government informants is held at a school occupied by the dissident Free Syrian Army (FSA), in the northern city of Aleppo. He was one of two captives believed to be members of the pro-government Shabiha militia, who were held and interrogated for 48 hours before having the money that was on them confiscated. (...)
Abrir post
Esta página utiliza cookies. Consulte a nossa Política de cookies.