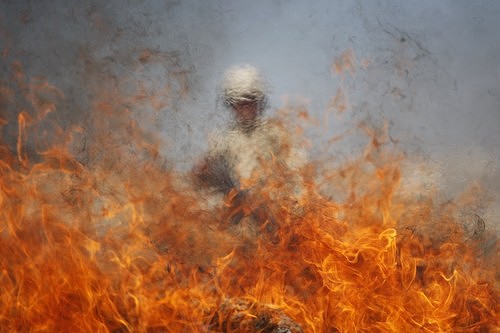 "A soldier stood nearby as marijuana and other drugs were incinerated at a military base in Ciudad Juárez, Mexico, Thursday. Students were invited to see how marijuana, cocaine and heroine were burned after they had been seized, according to local media."   Jose Luis Gonzalez   (Reuters)
Abrir post
Esta página utiliza cookies. Consulte a nossa Política de cookies.